Overexcited Colombian and the 20th century Greats talk past each other.

So the other day I was preparing for a short flight and sadly this is the time when your choice of book companion is influenced by its size. On this front the tiny tome of “Conversations…” has a certain competitive edge.

The genre of “economist interviews another economist” is well established and I’ve encountered few cabinets lacking “Inside the Economist’s Mind“.  So I looked forward for hopefully more of the same: light talk on the issues of the day with occasional comment on the ongoing theoretical debates.

What I found out that this book is something quite different.

On the surface of it, the book indeed contains interviews with seven top 20th century economists. However, the style of these interviews is peculiar. The root cause of this peculiarity is the author.

Diego Pizano as he introduces himself is a son of the co-founder of the Universidad de los Andes Fransisco Pizano while in the interviews he mentions that he works on “the possibility of making the dynamic input-output tables for Colombia”. However, as it soon transpires his true passion is different.

His main goal is to make it as clear as possible that he “believes that one ought to distinguish between ideological and epistemological propositions”. The interviews more or less are centered on this statement to which his interviewees typically respond as did Leonid Kantorovich: “I cannot get into detailed analysis of all the ideas you have presented and thus I prefer to state my own position”.

The author also makes quite a few statements like this: “I do not know if Keynes followed the debates connected with the differences that can be established between Die Natur und Kultur oder Geistwissenschaften. But it is paradoxical that he ended up closer to Shakespeare, Nietzsche and Kierkegaard than to Descartes and Mill” to which he gets a reserved reply such as Joan Robinson’s “The line of research you have presented is interesting and I am of the opinion it could be fruitful and illuminating to continue to analyze those aspects of Keynes’s work”.

My impression is that most of the notable comments in the book are made despite the efforts of the author, not because of the them.

Overall, would not recommend this book, it will only suit the most devoted followers of any of the seven Greats who would like to tolerate author’s interviewing techniques. 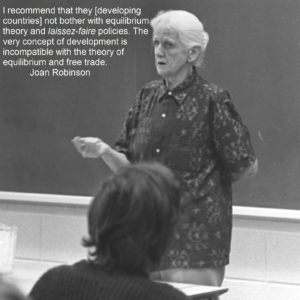