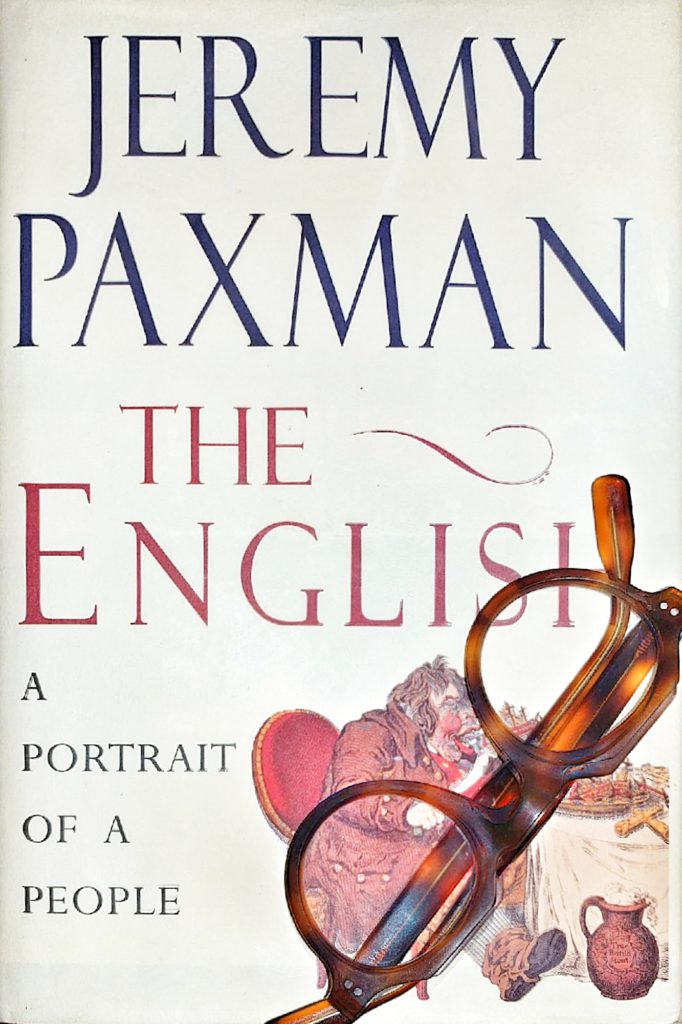 Paxman’s “The English..” is a collection of essays that discuss what sets apart those who call themselves ‘English’ as regards their values, heritage, aspirations. The comparison is mostly done against other peoples of the UK and the West.

The author attempt at identification of these differences is done in three ways:

The discussion is seemingly intentionally inconclusive, and the goal seems to be discussion itself, rather than actually trying to find ‘the answer’. The style of the text matches its (lack of any particular) goal: the narrative advances by historical anecdote and the odd statistic, and when you’ve heard a couple of dozen of the the book simply ends.

Some of the reviewers of the book cited Paxman’s lack of focus and less (significantly less) than scientific approach as the weak points of the book. But then again this is basically the question of expectations: the author is neither a historian, nor a sociologist, and he does not pretend to be.

He some times makes statements such below, producing a whole new general theory of  democracy and city growth in two sentences:

On isolation and freedom, p. 34: “Freedom from the fear of sudden invasion also promoted individual freedoms: more vulnerable countries justified strong, top-down systems of government which could summon an army at day’s notice. The fact of being an island even dictated the shape of English cities: when there was a natural defense in the sea, there was no need for towns to be contained within walls; the consequence was that they grew higgledy-pigggledy”.

And it can be argued that this statement has little basis except for the authors opinion. But the book is explicitly not serious and for entertainment purposes only. Having this in mind, I would say that this is a quite enjoyable light reading.

On the selectivity of the historical memory, p. 64: The image engraved on the hearts of patriots was that of General Gordon making his last steps of a fort in Khartoum, as heathen savages overwhelmed the gallant British garrison. In fact, what made Britain rule the worlds was better displayed at the battle of Omdurman twelve years later. […] what determined the outcome was the fact that the British happened to have six Maxim guns. As the Dervish forces rushed the lines, the gunners had only to get the range. The casualty figures tell it all: 28 British dead for 11,000 Dervish. “It was not a battle but execution,” wrote an eyewitness.

On peacetime heroism, p.79: “The magazine [This England] has its own ‘Silver Cross of St George’, awarded to heroes nominated by readers, like the retailer who defies regulations by continuing to sell paraffin by the gallon, instead of in liters.”

On the strictness of the religious dogma, p.95: “I once asked the Bishop of Oxford what do you needed to believe to be a member of his Church [of England]. A look of slight bafflement crossed his face. ‘An intriguing question’, he answered, as if it had not occurred to him before. […] When the bishop went on, he opened with an inevitable English preface, ‘Well it rather depends’.

On the latter theme there’s a quite characteristic episode of ‘Yes, Minister’.