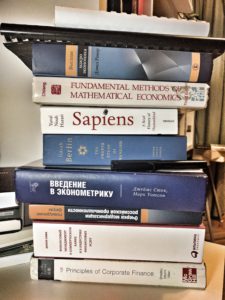 The reading plan for 2017 is to read/reread and solve every exercise (if there are any) in the following:

Most of it I’ve read or should have read, but I’m planning to revisit this year. 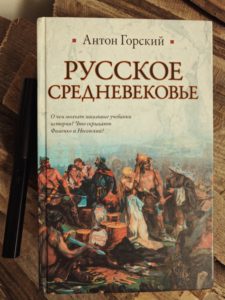 In this day and age when humanity apparently declared total war on sudoscience, however innocent or inconsequential, it is time admit that some crypto-sci-fi is on balance furthering the task of educating of mankind. It does so by creating an opportunity for knights of uncompromising scientific rigour re-emerge from their dungeons to clear general public’s confusion (once again). One illustration of this dynamic is Anton Gorsky’s “Russian Middle Ages: What do Fomenko and Nosovsky conceal?”.

Putting Anatoly Fomenko, a mathematician turned science fiction writer, into the subtitle is no more than a marketing trick as the explicit mentions of Fomenko or his ideas are absent in the main text of the book.

The fourteen essays that constitute the book are attempting to address some of the more common misconceptions mediaeval Russia. I found them enjoyable but disparate. While being written clearly it seems to come from the class of books that include “100 largest bridges” and “799 mysteries of haunted houses”. It might be more properly named “14 things everybody gets wrong about mediaeval Russia”. The familial curse of such books is that they rarely if ever have ideas or thoughts that you walk away with. But mostly are structured along the lines of “this is wrong, what is correct we probably won’t ever know because it was long ago, but here is another nice fact which is not entirely related with the initial theme”.

Having said that I found the four part essay on the relationship between proto-Russia and the Golden Horde most illuminating.

Overall this is definitely not a coherent source on medieval Russia (it does not pretend to be), nor it is a retaliation against works of Fomenko. It is probably just a a mind candy for the “let’s again discuss how wrong and misguided Fomenko followers are” type of readers.