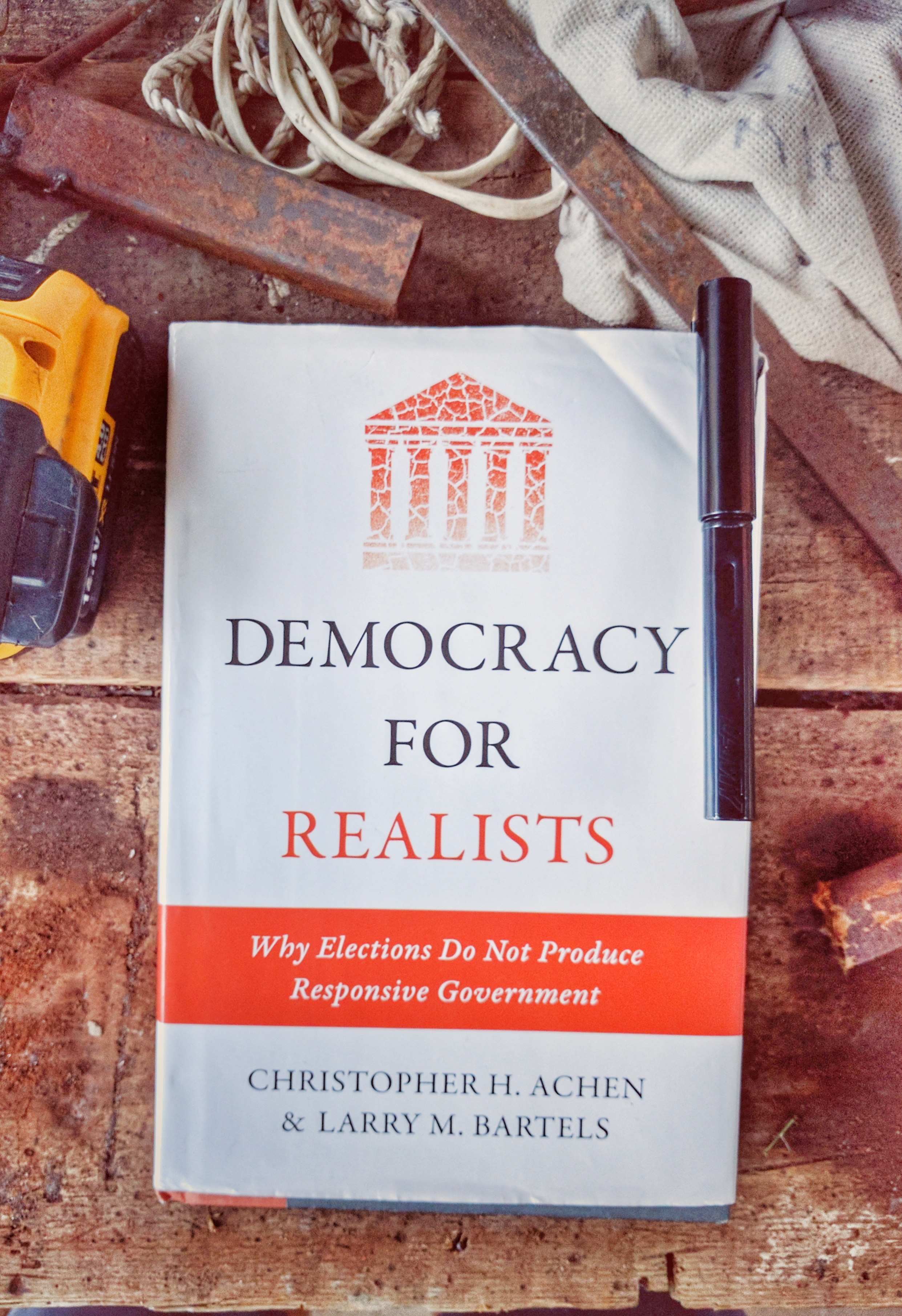 Politics is daunting from a basic economics perspective (that’s where I usually stand): monetary and fiscal policy debates mostly overlook the distributive questions. Fiscal policy is usually viewed in terms of size of the deficit or the debt path stability. Allocation of spending is usually not discussed.

So I was looking for some structure for thinking about electoral cycles.

As an outsider to the field I hoped for a source which recent, tells the general story at an introductory level and is written by authors well regarded in the field.

“Democracy…” seemed to tick the boxes and after reading I would suggest the text to any curious outsider like me.

The book general thesis is that the current mainstream view of how elections work is flawed. The mainstream view or as authors call it the folk theory of democracy argues for one of the two mechanism through which elections match people’s preferences with the politicians willing to deliver policy outcomes:

The first argument does not survive the theoretical critique, there are issues of scaling it to voting on multiple policies at once.

The disciplining mechanism does not have the support from the data. Authors show how the voters irrationally reward and punish candidates for droughts, floods and shark attacks – events that are beyond control of the political power. They also show how that the “memory” of the average voter probably extends just about two quarters before the elections.

How do the elections function then?

Authors do not provide a general positive theory – the critique of the current consensus is their main focus.

Nevertheless, they suggest that presiding over a significant recovery may have longer term effects (irrespective of the contribution to it). Authors use the great depression to show how irrespective of ideology and policy the voters punished the incumbent and committed themselves to the opposing party for decades to come.

Otherwise voting to the authors has more to do with the sociology and “identity” of history he voter: the vote goes to the candidate which stands for “people like me” irrespective of the particularities of the policy proposals.

Economy and voting, p.97: “He concluded that economic fluctuations – most notably, election-year changes in real per capita income – ‘are important influences on congressional elections, … accounting for something like half of the variance of the congressional vote, over the period considered'”

On optimal policy when shocks are large, p.104: “Indeed, as the magnitude of random forces increases, the incumbent’s equilibrium level of effort goes top zero (since no feasible exertion of effort can increase her chances of reelection by enough to be worthwhile)”.

The dilemma, p.109: “in that case incumbent politicians face a dilemma: should they implement the policies votes want or the policies that will turn out to continue to voters’ welfare?”

The surprise, p.110: “In a detailed study of politics and policy-making in Latin America, Stokes (2001) underlined the tension between post campaign promises and ‘neoliberalism by surprise’s once the winners took office”.

The bias, p.277: “For example, the 1988 ANES survey asked the respondents whether, ‘compared to the 1980, the level of inflation in the country has gotten better, worse or stayed about the same’. There correct answer top this question was clearly ‘much better’ – they inflation rate has fallen from 13.5% in 1980 to 4.1% in 1988. Almost half (47%) of “strong” Republicans gave c the correct answer, while only 13% said inflation had gotten worse. However fewer than 8% of strong Democrats aknowledged that inflation had gotten much better on President Reagan’s watch, while more than half claimed that it had gotten worse (Bartels 2002a)”

On partisanship, p.301: Partisanship arises because a party presided over an economic recovery from a devastating depression, or because the party embodies bonds of racial or ethnic or class solidarity, or simply because we have been taught since childhood that a particular party represents ‘people like us’. Issue congruence between parties and their voters, insofar as it exists, is largely a byproduct of these other connections, most of them lacking policy content”