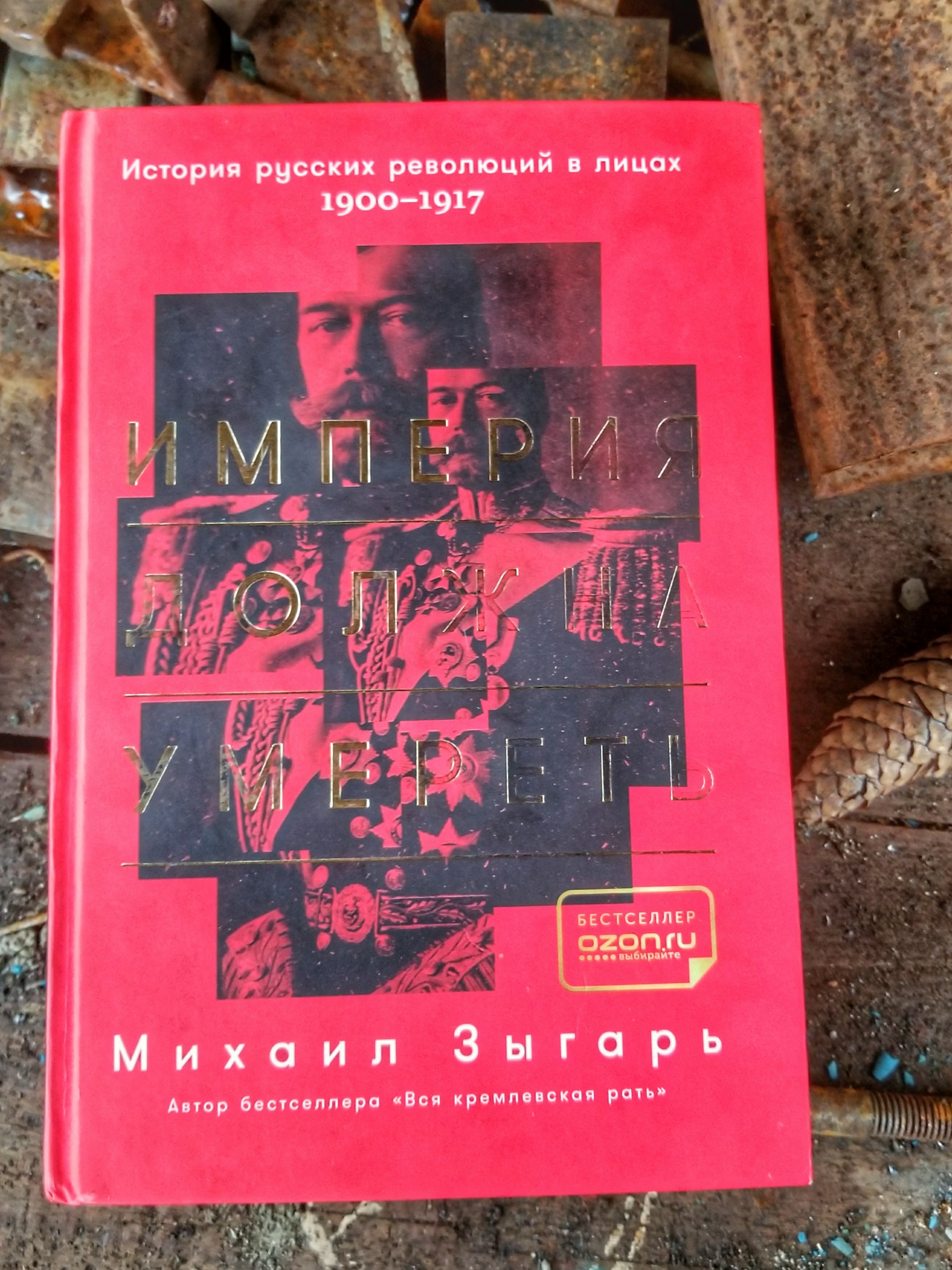 The Empire… by Mikhail Zygar is a zeitgeisty book on the Russian revolution that was meant to hit the market on the said revolution’s centenary. This timing alone is sufficient to get skeptical of the amount of work that goes into such a publication – when the thing seems to sell itself. Another prior concern is authors credential – the author is not a career or academic historian, so how familiar is he with primary sources?

Despite these concerns and partially to test them I’ve decided to go for the book. The fact that this period of the late XIX-early XX century is my favorite helped too. For me this is the period when people invented modern society – but this was when the society and its technology were simpler. Arguably making for a good starting point to understand our circumstances.

What the book turned out to be is a decent review of the autobiographies and personal diaries of the contemporaries. There is a visible skew in favor of the artistical/theatrical/literary crowd and relatively less space is left for those who represent economic policy, external policy or military, but never the less it seems to cover a lot of ground.

Locally one review complains over the rather narrow pitch of the book which is supposedly is only written to argue one relatively conventional point: more liberal access to political power might make the country more stable. I don’t agree with that – and see no evidence that the text can support such a claim. Indeed, this pitch is only openly made in the last and relatively short part of the epilogue. Otherwise, the author remains true to his goal of reviewing the diaries without openly imposing conclusions.

One less pleasant part of the book is the footnotes. Basically, all the footnotes have one and the same meaning: “Look this is exactly what is happening today.” By the third footnote, the meaning of all the following ones is so obvious that you read them just to see that you were right. These footnotes introduce a feel of vulgarity which is close to what the canned laughter does to comedy.

And these imposed comparisons are probaly do not fit two well with [2] providing several examples, or they are so obvious that they border on something like:

“Prime minister Vitte’s agitation grew and he orders tea to regain his calm*.
*In the early XXI century Russian public officials, even those working in the government, drink tea. Some have already switched to coffee – but this remains the norm”

Still skipping these footnotes is easy so they are not a fatal flaw.

All in all “Empire..” makes a decent light reading and provides a decent review of the feel of the pre-revolutionary years in Russia. It has certaintly been above what I expected.